The Importance of Data Centres as Data Storage Centres

The Importance of Data Centres as Data Storage Centres

The internet is of crucial importance because it can be used for various activities and daily activities. Starting from communication, entertainment and social media, and can also be associated with businesses and companies for the purposes of sending emails, tracking customers and sales, compiling and implementing marketing products, even for payments through internet banking or for moving server relocation. 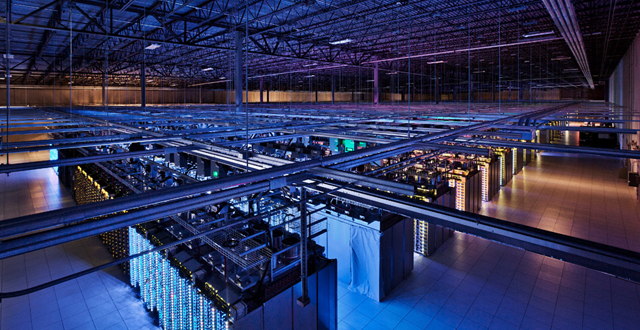 What is the Data Centre?

Definition Data Centre is a place, building, or building that functions to store and operate a server. Aside from being a server place, the data centre also has other rooms intended to support the server to keep it uptime and avoid the risks of other damage.

How to Build a Data Centre?

Broadly speaking, in building a place that will later function as a data centre, must pay attention to some things that must be owned by a data centre. A data centre must have several room partitions such as the following:

Maintenance of the data centre is no less important than the construction stage. There are several things that need to be considered about data centres, namely:

How can data from the data centre storage be available on each user’s computer? There are several stages in the process of transferring this data, namely, the data stored in the data centre will be distributed through a network cable to the Internet Service Providers (ISP), then distributed to each modem and router, then the data can be received by the user’s computer. How it works and the performance of a data centre is very dependent on the resources it has, ranging from hardware, software, IT and physical security, to human resources or technical staff who handle it.

So that the data centre can run well and optimally, it needs to be supported by a variety of factors that can be the determinant. In addition to hardware and software facilities and security, the location and type of building also greatly affect the data centre. Some criteria as elements for a data centre building are:

In the data centre, do you know where the data is located? How can you easily access it even though you don’t see its physical form? Previously must be understood in advance about what is meant by data. Data can come from anywhere, through sensors or scans, posting results on social media, digital photos and videos, online purchases and transactions, GPS coming from cell phones, and many others. Every day everyone in the world is able to make up to 2.5 Quintillion Bytes or the equivalent of 1,000,000,000,000 billion bytes of data.

Data throughout the world certainly requires a large storage area. Fortunately, until now technology will continue to develop, and data storage media will also be able to store and process a lot of data. Data centre centres also continue to be built and developed. A company as big as Google is very closed with its data centre, because if it is successfully hacked it will be very dangerous for that company.

Back to the problem where data is stored, of course, all data is stored in the data centre. From computer and cellular devices owned by each person, it will certainly produce data. These data must, of course, be connected to the internet and then they can be connected to the ISP network and then stored in the data centre via fibre optic network cables.

The Future of Data Centres

The data centre will still be needed for technological developments in the world. Because the data centre is the centre of data storage and processing. Studies show that the drug is found in the liver, ureters, adrenal glands, ovaries, and lacrimal glands even on the seventh day after the reception. Besides, Accutane https://naturallydaily.com/buy-accutane-online/ causes changes in the blood. But what is the focus of attention for data centre development? That is the development of software technology. Public cloud and its supporting technologies will still dominate the world of the most appropriate, flexible, secure, and efficient data backup and storage.

Cloud computing systems have been divided into public clouds, hybrid clouds and private clouds. Users only need to use it according to the needs of each organization. But what is still needed in connection with the rapid advancement of the world of technology in the field of data centres is the availability, performance, security, and network scalability.